Examples of EACH political status.

Guam has the right to request from the US Congress to change its political status as stated in the Treaty of Paris in 1898. Below are some examples of different ways we can go about attaining each political status. 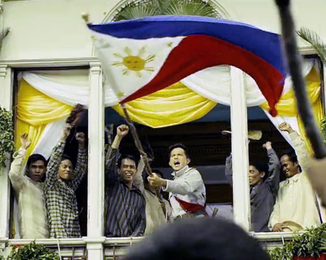 Full Independence
The political status of independence may be clearly defined at the surface, but economic arrangement and relationships with other nations may not be so clear. The only other former U.S. jurisdiction that ever gained independence from the United States is the Republic of the Philippines. This transition was completed in 1946, consequently changing economic, political and technological conditions.

​Free Association
Far less defined than option of statehood. Free association may be related to more recent transitions such as the Republic of Palau, the Federated States of Micronesia, and the Republic of the Marshall Islands (aka the “Freely Associated States). The former territories began negotiating sovereignty in the 1970s, and the latter two were granted status in 1986. The three nations received a substantial amount of economic aid from the United States through the Compact of Free Association. The FSM and Marshalls has faced the challenges of developing economies from the ground up. With public administration as the dominating factor of their economies, its available resources and location have made a stable economy harder to achieve. Palau, on the other hand, is better developed with a significant success in tourism, fishing and agriculture.

The Freely Associated States are members of many international organizations, including the United Nations, and have substantial  access to technical assistance and other developmental programs. 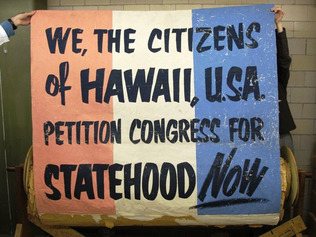 Statehood (integration with an existing nation)
If you do want to keep relations with the United States and attain equal rights as those that live in the ﻿mainland﻿ do, the next question is what state would we integrate with. The closest states are ﻿Hawaii﻿ and Alaska.﻿ ﻿Although many side with Hawaii due to its apparent similarities with Guam, ﻿Alaska﻿ is found to be the better choice. Alaska’s time zone is also closer to Guam’s than Hawaii’s. Moreover, because the US federal government is able to provide monetary aid in the form of grants for projects such as “cultural preservation” it has proven to be more common for grants to be given to Hawaii than to Guam because it is a bigger competitor. Therefore if Guam joins Alaska, Guam does not have to be the last on the list of priorities to attain federal moneys. ﻿

In order to become an integrated territory, Guam must prove to Congress that it would be mutually beneficial for Guam and the United States. It must explain how it would contribute by augmenting national defense because of its strategic location in the Pacific near Asian countries. Just as Alaska offered a defense buffer zone in the North against the Soviet Union during the Cold War, so can Guam in any future disputes.
Powered by